I set out on this trip to Gondar, not really knowing what to expect.  One thing I knew was there were two babies there who I believed God had directed me to sponsor and pray specifically for. And I’m so thankful that they are being lovingly cared for at Bridges of Hope. After just a week in their care, these babies appeared healthy and bright eyed.

This beautiful girl is named Tsion (for Zion, the holy city in Jerusalem). I was able to hold her and feed her and see her sweet smile. 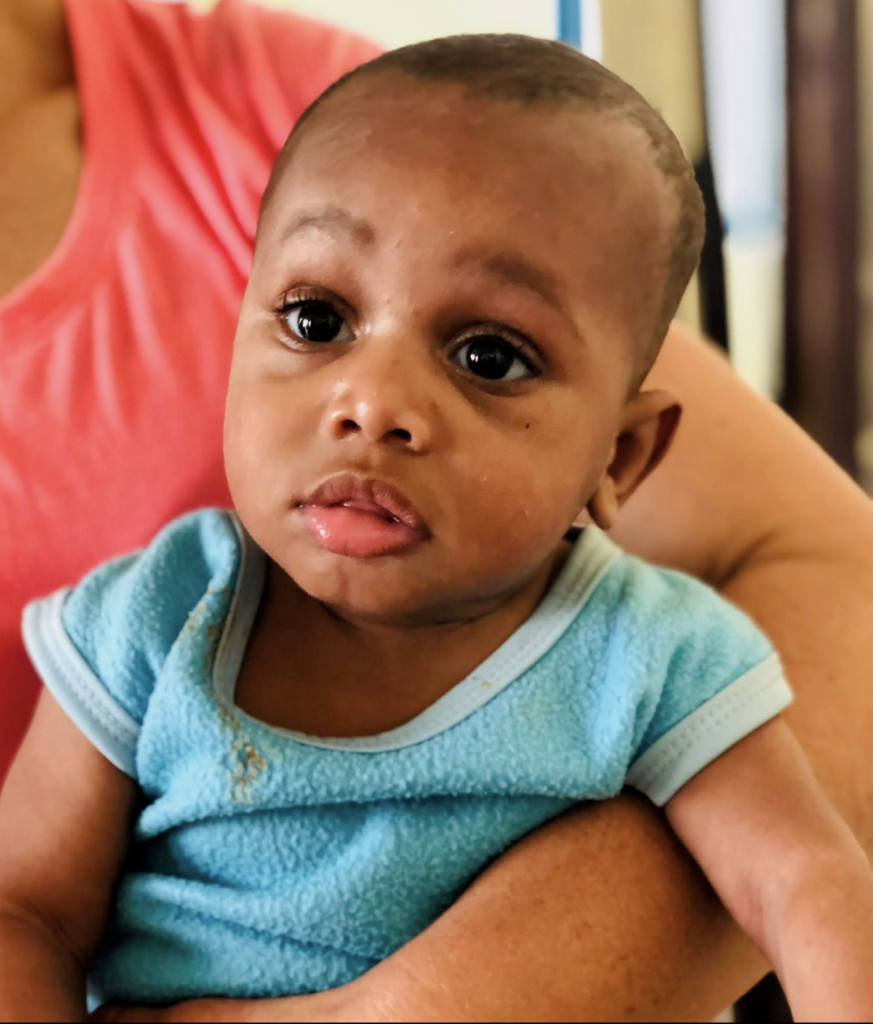 This is Alazar whose name means “God is my help.”
It is a fitting name given the circumstances of his first 6 months of life.

Although they are not related, they were left at the same hospital and have been cared for side by side since birth.  They share a story that has hardship that has brought them both to Bridges of Hope where they are now being nurtured.

I think they have the most beautiful features and look forward to watching them grow.

Names are important and in Ethiopia, children are typically thoughtfully given names that have a certain meaning.  This is why it is important for me to note the meanings of Tsion and Alazar’s names. 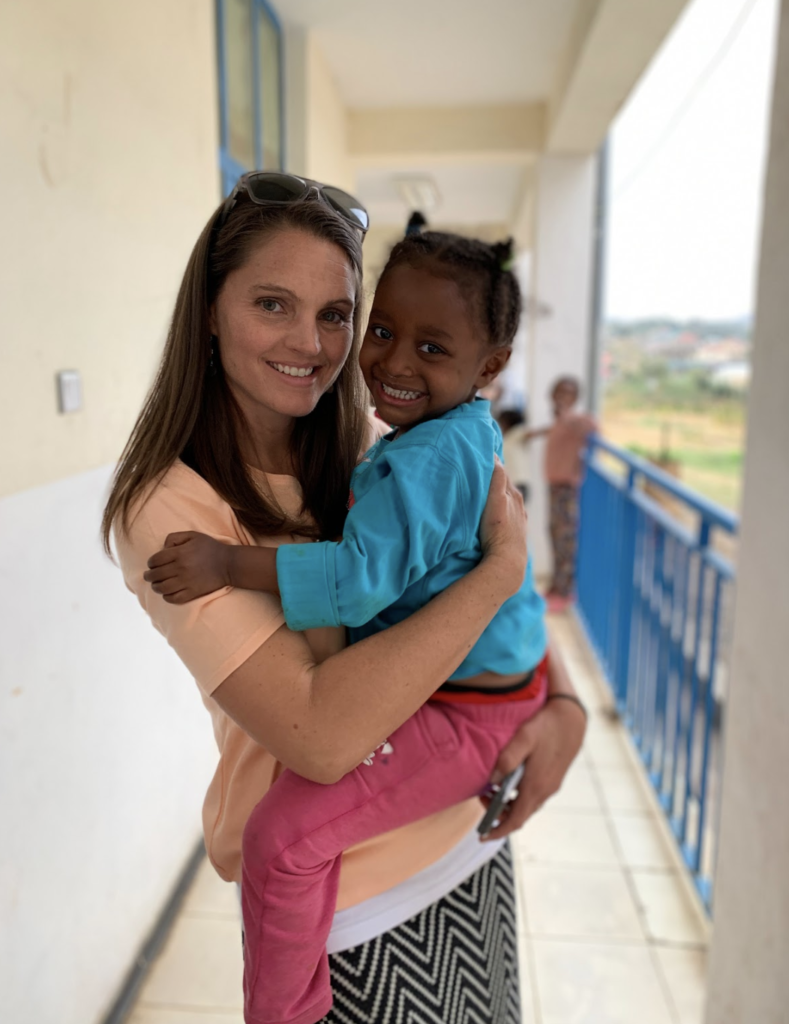 After just 3 days, I have such an overwhelming love for her that I know it comes from the Lord.

She essentially chose me.  Her smiley little self came up to me on day one and climbed in my lap, and that was that.  We were friends.  She followed us around, lifting her little arms up for me to hold her and was sunk.

Each day she would find me. 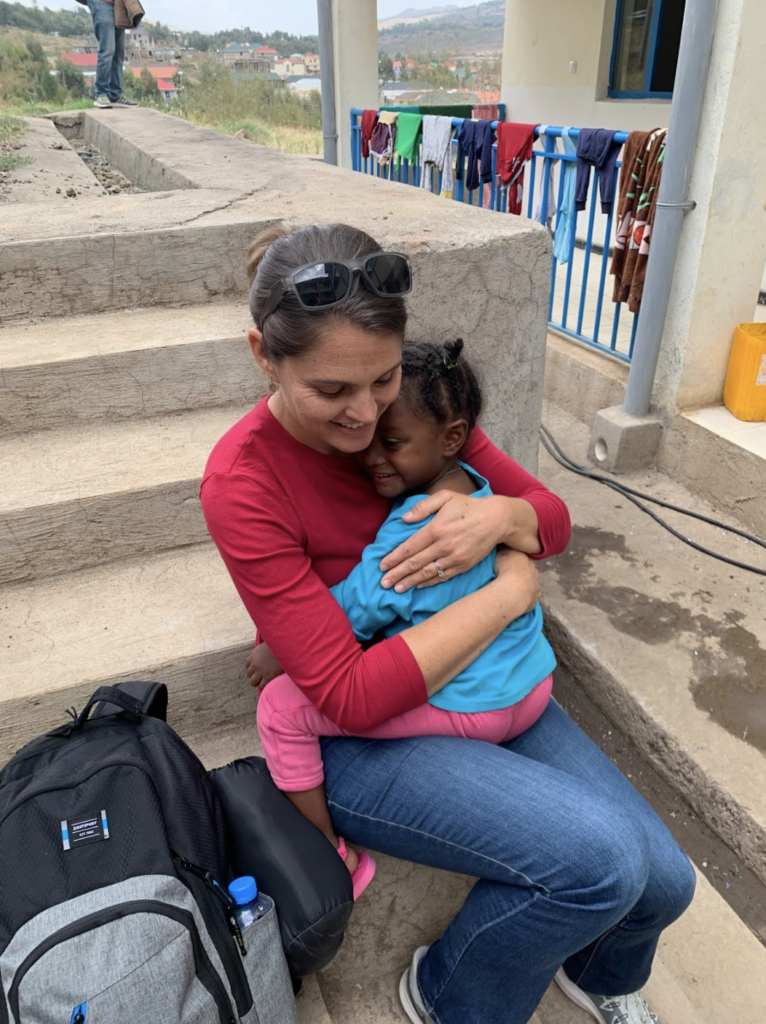 Her story is so unbearably hard and her given name had  such a negative meaning. She arrived at Bridges of Hope just 8 months ago.  I was shocked, because given her history, you would not expect her to be so happy and loving. I was informed that upon her arrival, she was prayed over and given the new name, Tewadaj, which means..

The healing she has experienced is miraculous. As we left on the second day, I told her I would be back the next day to play again. When we arrived, I learned she was at school.  I was so disappointed that I would not get to see her again to tell her goodbye. Just before we left, she came bursting in, home for lunch and rest time.
I was so thankful for one last snuggle and can’t wait to return to visit her, the “twins” and all of the other children that we met. 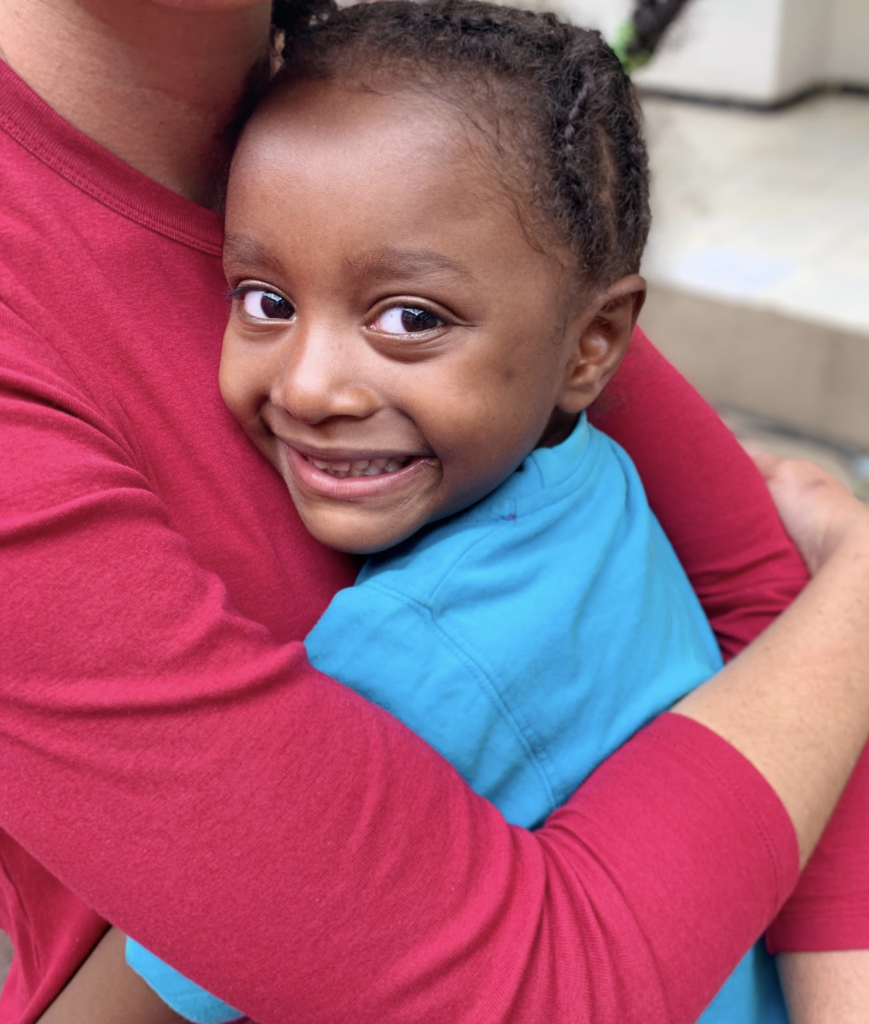